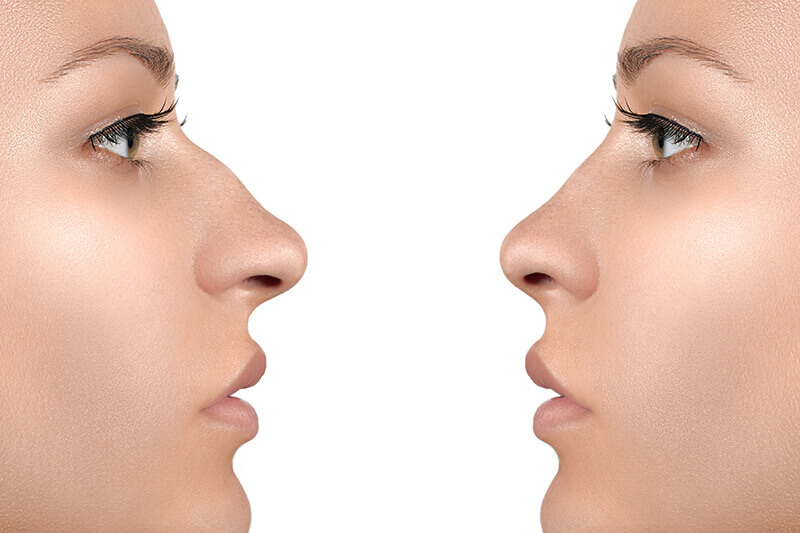 Dr. John Orlando Roe who is considered the father of aesthetic rhinoplasty has performed the first modern rhinoplasty in 1887, in Rochester,  NY. Year by year, with the development in technological equipment, science, and understanding among experts, the procedure itself became more sophisticated even though most parts of the operation remain the same. Understanding the nose structure and function did not cause a great change in psychological aspects of rhinoplasty and long-term outcomes, but, it caused great improvements. Most experts basically perform the same operation when it comes to rhinoplasty.

Most patients who have the intention to get rhinoplasty surgery, have similar concerns. Most of the patients are thinking that their nose is too big, it is not incorrect proportion with the face and it destroys their overall facial beauty.  People with this concern, almost always get the procedure which is called reduction rhinoplasty in order to make the nose smaller. The presence of a large hump, a bulbous nasal tip, wide nasal bones, and/or wide nostril position are the typical features of a large nose.

Traditional rhinoplasty basically means the removal of excess cartilage bone in the nose. And the surgical equipment is usually; rasps, hammers, and surgical chisels which may sound horrifying. Dr. Massimo Robiony, 2004, revolutionized the perception of rhinoplasty. His technique is performed by using a high-speed soundwave emitting device, to vibrate tiny cutting and shaving tip inserts.

Another fact about ultrasonic rhinoplasty is that it decreases the amount of bleeding through surgery, and, causes less pain, swelling, and bruising after the surgery while creating better outcomes in the cosmetical aspect. Also, the need for a revision will be less, as well as the time for recovery.

Next Post Is adding liposuction to tummy tuck beneficial?

What Are Rhinoplasty (Nose Job) Procedures?